ENNIS, Montana — A Montana man mauled by a grizzly bear not once, but twice(!) last week, posted gruesome footage of his injuries immediately after the attack in a video that has gone viral.

EastIdahoNews.com has not been able to independently verify the man’s account, but the photos and video provide compelling evidence for his story.

Todd Orr, 50, of Bozeman, set out for a morning hike Saturday and, according to a post on his Facebook page, “hollered out ‘hey bear’ about every 30 seconds so as to not surprise any bears along the trail.”

Orr said about three miles in, a mother grizzly bear with cubs saw him and charged from about 80 feet away. He fired bear spray in the animal’s face as it approached, but it failed to stop the bear.

“I went to my face in the dirt and wrapped my arms around the back of my neck for protection. She was on top of me biting my arms, shoulders and backpack,” Orr wrote. “The force of each bite was like a sledge hammer with teeth. She would stop for a few seconds and then bite again. Over and over. After a couple minutes, but what seemed an eternity, she disappeared.” 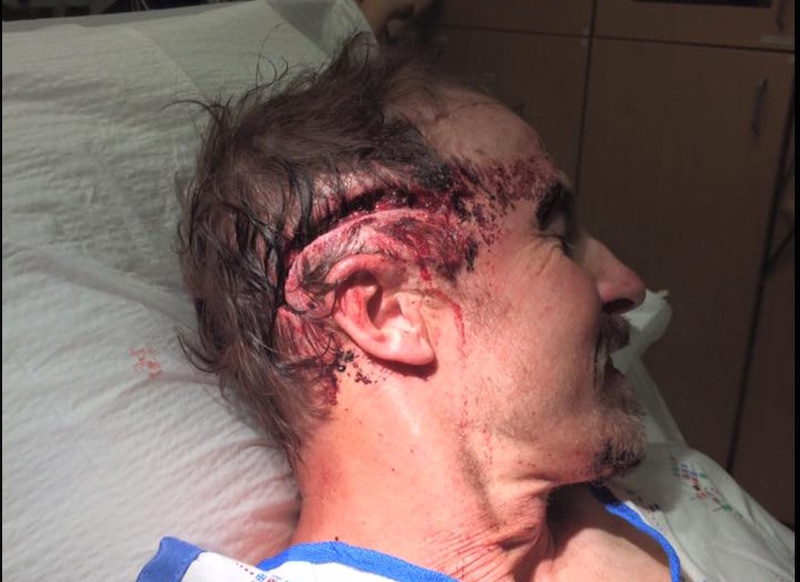 Orr was able to get up and started to make a three mile trek back to his truck.

But about ten minutes later, the bear returned.

“One bite on my forearm went through to the bone and I heard a crunch. My hand instantly went numb and wrist and fingers were limp and unusable. The sudden pain made me flinch and gasp for breath. The sound triggered a frenzy of bites to my shoulder and upper back,” he wrote. “I knew I couldn’t move or make a sound again so I huddled motionless. Another couple bites to my head and a gash opened above my ear, nearly scalping me.” 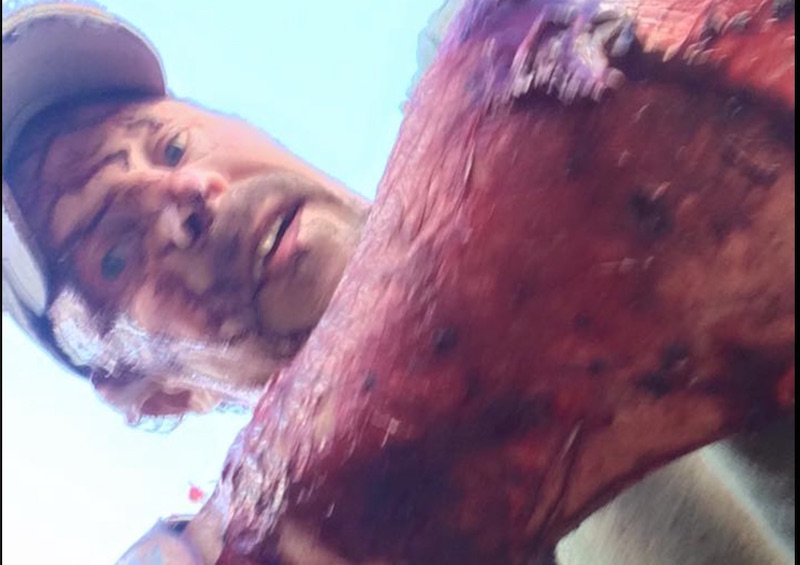 Orr said the bear eventually left but not before standing on top of him and crushing his stomach and head into the ground.

He made it back to his truck and managed to drive 17 miles to the Madison Valley Medical Center in Ennis. On the way, he called his girlfriend and the hospital.

“I was met at the front door by the doctor, nurse and an officer. I had to ask the officer to open the door, put my truck in park, and unbuckle my seat belt. My left arm was useless,” Orr wrote on Facebook. 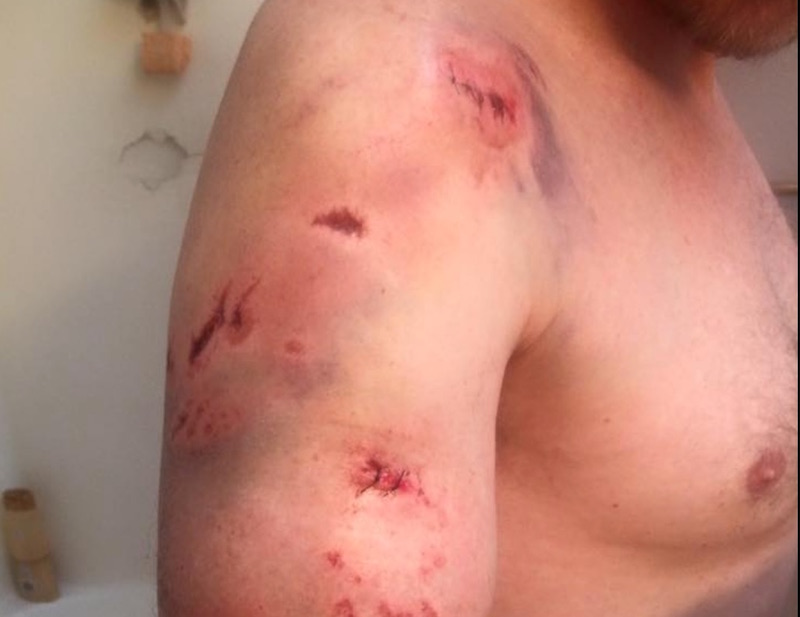 Orr needed “eight hours of stitching to put me back together” and puncture wounds covered his upper body.

“My girlfriend says it looks like I had gutted an elk in the drivers seat (of my truck),” Orr wrote. “Not my best day, but I’m alive. So thankful I’m here to share with all of you.”