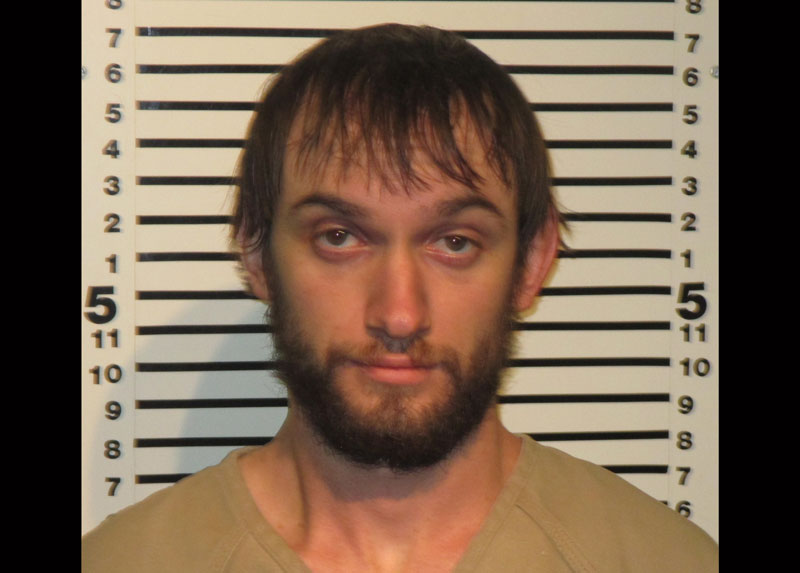 IDAHO FALLS– A man led police on a pursuit early Friday morning and was pepper sprayed when he refused to leave his vehicle, according to Idaho State Police.

The ordeal began in Idaho Falls around 12:30 a.m. when city police say they tried to stop 28-year-old Jason Lundholm.

Killian says Lundholm fled from the officers in a BMW. Police did not pursue him but a short time later he was spotted on I-15 traveling northbound.

Idaho State Police attempted to stop Lundholm but he refused to pull over.

“This was late at night and there was virtually no traffic on the highway,” Idaho State Police Lt. Chris Weadick says. “We continued our pursuit of the vehicle and attempted to use a spike strip to stop him.”

The spike strip was put on I-15 at mile marker 119. Police say Lundholm swerved to avoid the strip and in the process struck an ISP vehicle and a light pole, which fell to the ground.

Police say the pursuit continued another ten miles until Lundholm ran over a second spike strip that had been placed on the road.

Weadick says Lundholm continued northbound on I-15 while driving on the rims of his vehicle.

“An officer made contact with the vehicle, ending the pursuit, at that time refused to exit,” Weadick says.

Pepper spray was deployed, according to Weadick, and Lundholm was taken into custody.

Lundholm was found to be in possession of meth, heroin, morphine, a hypodermic needle a pipe and other drug paraphernalia, according to police.

In February, he was arrested and charged with DUI, possession of a controlled substance, possession of drug paraphanlia, carrying a concealed weapon while under the influence, and possession of a medication without a prescription. Lundholm posted a $2200 bond.

In March, Lundholm was arrested for possession of a controlled substance and possession of drug paraphernalia. This arrest revoked his previous bond. Lundholm posted $600 bond on this arrest and posted $5000 bond that was increased from his February arrest.

Lundholm is expected to be arraigned Friday afternoon on his new charges.