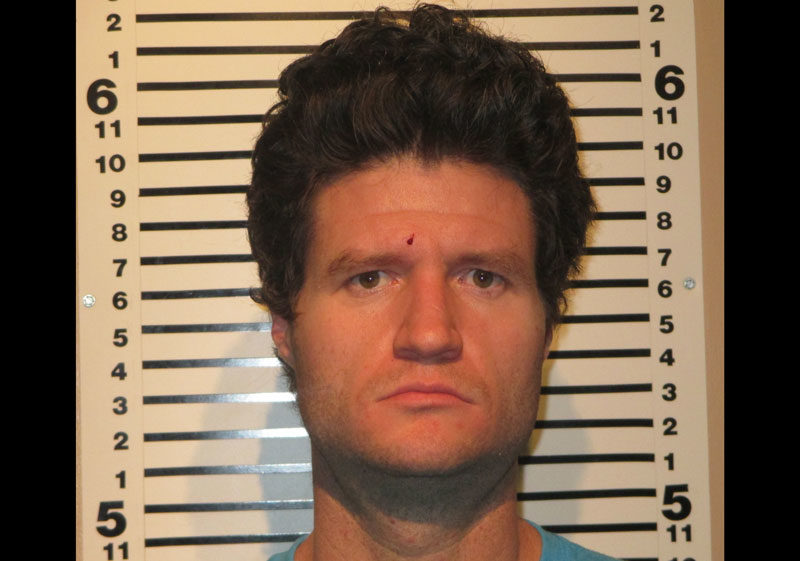 BONNEVILLE COUNTY — An Idaho Falls man was arrested early Sunday morning after deputies say he broke into a home and stole credit cards.

Deputies were called to a home near 129th N. and 55th E. for a report of burglary in progress around 3 a.m. The homeowner was returning from changing irrigation water in his field when he told investigators a man was in his garage.

The man ran inside the home and detectives say he ultimately crawled out a basement window and ran into a nearby field.

The homeowner told police that he recognized the male as 33-year-old Ryan Knudsen. His vehicle was spotted nearby and the homeowner witnessed him leaving the area.

Moments later an Idaho Falls police officer and a Bonneville County Sheriff deputy located Knudsen driving his vehicle near the area of Garfield and Wabash.

Knudsen was pulled over and police say he was in possession of credit cards belonging to the victims and a small amount of marijuana and drug paraphernalia.

Knudsen also had a warrant for his arrest from the Idaho Falls Police Department for a prior misdemeanor driving without privileges charge.

Knudsen was booked into the Bonneville County Jail for the IFPD warrant along with new felony charges of burglary and grand theft of a financial transaction card. He was also booked on new misdemeanor charges of possession of marijuana, possession of drug paraphernalia and driving without privileges.