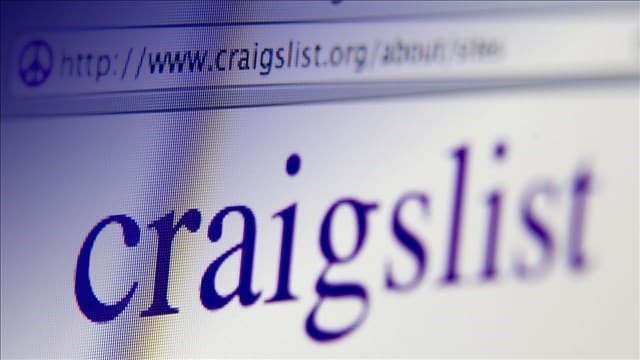 Craigslist is a great site for buying and selling motorcycles, renting real estate, finding tools, and even locating pets. With millions of people trusting online classifieds to get rid of furniture or find a deal on a used car, scammers are looking to take advantage of Craigslist users in Boise and East Idaho. Learn how to spot Craigslist ad crooks and avoid dangerous schemes that could cost you a fortune.

A man showed up to meet someone who was selling an iPad on Craigslist in Boise, Idaho. Seeking a good deal on the latest Apple tablet, he was greeted by two armed men. The criminals knew he had a few hundred dollars in cash as agreed by the online classified ad communications. The iPad sellers were surprised when their robbery went awry as the buyer was none other than and Ada county sheriff who was investigating similar craigslist robberies in the Boise area.  The Craigslist scammers were charged with felony robbery and grand theft.

There are numerous stories of people attempting to buy or sell a Playstation gaming console or smartphone only to met with a firearm or other threatening weapon. Here are a few tips to avoid potentially deadly classifieds ad transactions:

Police around the country have been working to set up SafeTrade stations. These locations are often set up inside a police station or outside law enforcement parking lot. These spaces have video surveillance and proximity to armed police officers which will prevent scammers from trying anything illegal. If such a location is not available, make sure you perform the transaction at a safe, well lit public place with a buddy who has your back. If the other party is not willing to meet near a police station, they may not be worth meeting at all.

A woman in Idaho Falls tried to sell her old textbooks on Craigslist for $200. A scammer agreed to buy the textbooks and sent a check for $1,800. The Craigslist buyer contacted the East Idaho woman and asked if she would send back the $1,600 overpayment due to some mix up. They asked her to wire the money via Western Union. She realized that this seemed very suspicious and investigated the situation. She found the check was fake and would have been out a lot of money in bounced check fees and whatever she sent the scammer in a wire transfer had she not spotted the problem.

Overpayment scams are common on Craigslist. Watch for these red flags:

Use these tips to ensure the transaction is properly funded and avoid getting scammed:

In Twin Falls, a real estate agent’s relative was targeted in a fake rental scam. The victim wanted to look at property for rent. The residence was nice and well priced. During the negotiations, things started to get strange. The supposed homeowner refused to cover any home repairs and then demanded a deposit or rental fee before showing the home.

Rental scams on Craigslist often result in a potential renter being offered a home that is not actually available. A scammer will pick a vacant home, sometimes removing the posted real estate sign and solicit fees from potential renters. Often victims will pay first and last months rent only to find the house can not be rented. The owner of the home is often unaware their home is being placed on the rental market. If you are selling your home, make sure you watch for unusual activity or have a neighbor alert you to suspicious activity. Only a licensed realtor should be allowed to show a home while it is for sale.

There are a lot of good deals to be found in Idaho online classifieds. Craigslist has has plenty of deals on RVs, ATVs, trucks, and much more. Use common sense when buying or selling something in an online marketplace to avoid becoming a victim in these common Craigslist scams. If something does not feel right, walk away from the deal and contact your local sheriff or police department immediately. Cloud Services That Can Help ... How to Improve Morale at You ...