The IDF has determined that the organizations behind the 2011 Gaza flotilla, like the terror organization Hamas have a common finance stream. Three Islamic charity funds from the Hamas-affiliated Charity Coalition directly fund Hamas along with the other group behind the flotilla.

The European Campaign to End the Siege (ECESG)

ECESG, one of the flotilla’s leading organizers, is a UK-based umbrella organization of more than thirty Europe-based organizations; it openly supports Hamas. Most of its organizations — founded as Muslim Brotherhood branches in Europe — are participating in the 2011 Gaza flotilla. Israeli military sources found that some of these umbrella organizations are sponsors of Hamas terror activity in the Gaza Strip.

ECESG Chairman Dr. Arafat Madi Mahmoud Shukri also serves as chairman of the Palestinian Return Centre (PRC). Due to PRC’s flagrant links to Hamas, it was declared illegal in Israel.

In addition to ECESG, the Switerzland-based Droit Pour Tous organization and the Italy-based group ABSPP are openly and intimately involved in Hamas charity efforts as well as efforts to illegally break the lawfully enforced naval blockade on Gaza. How to Protect Yourself When a Relationship Goes South

Relationships can be an amazing part of life. The connections you make with other people can add color to your... How Home Service Professionals Can Make Their Website Stand Out

Nowadays, your business website is more important than ever! People like to know what they are getting themselves into with... Top 8 Things Every Actor Needs to Know About Their Taxes

As an actor, your income is likely sporadic and comes from a variety of different jobs. This can make tax... How to Throw a Memorable House Party

House parties can be a lot of fun. And besides, who isn’t craving a little party after all the stress... 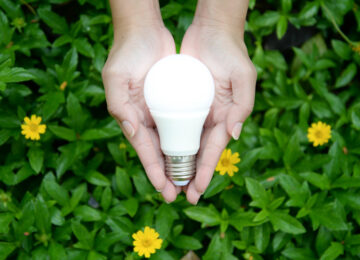 How to Get More Energy Savings in Your Home

There are many reasons you might want to reduce the amount of energy you are consuming. You might be seeing...